Hash, a payment infrastructure fintech, announced today that it has raised $40 million in a Series C funding round co-led by QED Investors and Kaszek.

The raise comes just six months after the Brazilian startup raised $15 million in Series B financing led by Alexandria, Virginia-based QED, and brings its total raised to nearly $59 million since its 2017 inception. Endeavor Scale-Up Ventures also put money in the round.

Engineer João Miranda, founder and CEO of Hash, said that since the company’s last raise, it has grown its number of transactions by “6x” while doubling its client base to 16. Over the past year, Hash has seen 10x growth in POS transactions, and Miranda anticipates it will top $275 million in total payment volume by year’s end.

The company’s self-proclaimed mission is to “decentralize” financial services, with an emphasis on SMEs.

“We provide financial infrastructure for B2B companies to embed payments solutions into their own custom ecosystems,” he said. “By doing this, those companies are offering better, and more competitive, solutions for SMBs inside their ecosystem.”

Hash’s 16 direct customers use its infrastructure to provide financial services to their own customers, which are SMEs. Currently, more than 16,000 SMEs are using its software.

Hash, according to Miranda, aims to offer a “complete” payment services infrastructure with the goal of helping provide businesses with a new source of revenue.

“We understand that each sector, each ecosystem in the market, has its own specificities and necessities,” he told TechCrunch. “That’s why we use proprietary technology, capable of adapting to different market verticals.” 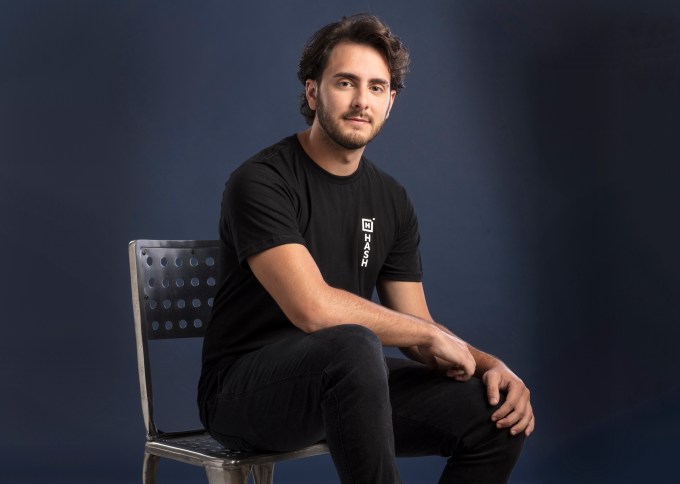 The startup plans to use its new capital to grow “even further” in the markets it’s already in, either geographically or by segment. Today, Hash operates only in Brazil. Its goal is to expand throughout the “entire national territory, which is huge and has great growth potential,” Miranda said.

Down the line, it wants to enable more financial services on top of its payments volume, such as credit, loans and card issuance infrastructure. Hash also plans, as most startups that have raised funding, to do more hiring. It’s already grown its headcount to nearly 170 compared to 74 a year ago. Its goal is to have 190 employees by year’s end.

Santiago Fossatti, a partner at Kaszek, believes that Hash is “capable of solving several pains” in the industry while still “adding real value” to the business of its customers.

“Hash is on its way to play an important role in the payments industry and become a reference in Latin America,” he added.

Calling the market opportunity “massive,” QED Investors partner Mike Packer believes that the main difference between Hash and others in the space is its “ability to combine the best technology with a unique perspective of how to integrate payments into their partners’ business models.”